A new report from Bioenergy Europe confirms the importance of biofuels such as renewable EU ethanol in reducing Europe's dependence on fossil fuel.

Biofuels represent 89% of all renewable energy sources in transport and their role in the decarbonisation of the transport sector in the EU will be pivotal in the coming years. And yet, the report reveals that in absolute terms, the share of fossil oil in transport still accounts for 92% of final consumption. More worrying still, the report reveals that after several promising years of decreased oil consumption (2007-2013), the share of oil begun increasing again, growing by almost 6.6% between 2013-2018.

The share of biofuels in transport has also increased in the last decade, according to the report, which was prepared in collaboration with ePURE. The production of biofuels within the EU28 grew at an average rate of 3.5% between 2017 and 2018.

“As these new figures show, renewable EU ethanol is already making a positive impact in the climate fight – reducing emissions from the petrol cars that will remain predominant on Europe’s roads for years to come without the need for new infrastructure," said Emmanuel Desplechin, ePURE Secretary General. "As policymakers look at how to achieve the transport decarbonisation goals of the EU Green Deal, they should unleash the full potential of European renewable ethanol."

Added Jean-Marc Jossart, Secretary General of Bioenergy Europe: “The biofuels sector has the real potential to transform EU’s transport sector in a sustainable and green system. As too often we have seen in the past, political will lack of ambition when it comes to implement the necessary strategies. We need more and sooner.” 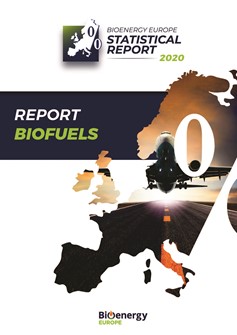