Plug-in flex-fuel hybrid vehicles running on E85 fuel with up to 85% renewable ethanol are just as climate-friendly as electric vehicles, according to a new study.

Research carried out by the French research consultancy IFPEN measured and compared the greenhouse-gas emissions of vehicles powered solely by petrol, plug-in flex-fuel hybrids compatible with E85 and all-electric cars, on the basis of a full life cycle analysis. This method factors in all GHG emissions in connection with the vehicle and its battery (from manufacture to recycling) as well as the energy used (production, refinery, transport, distribution and combustion). The findings were applied to French and European electric power mixes.

This comparison, applying to 2022 with projections for 2030 and 2040, shows that plug-in flex-fuel hybrids compatible with E85 operating 40% of the time as an electric vehicle are at least as climate-friendly as battery electric vehicles, with the French electric power mix which is already low-carbon, and even more with the average European mix, which has a higher carbon footprint.

“The findings of this survey confirm the pertinence of giving automotive manufacturers the possibility of using dual technology that’s just as effective to accelerate the reduction of emissions by transport in the short and mid-term,” said the French Bioethanol Collective association.

Meanwhile, the latest automobile industry figures show that Europeans continue to buy and drive mostly petrol and hybrid cars, which will be on the roads for a long time to come. It's clear that the EU needs renewable, low-carbon liquid fuels such as ethanol to reduce emissions from these vehicles.

Read a summary of the study findings here. 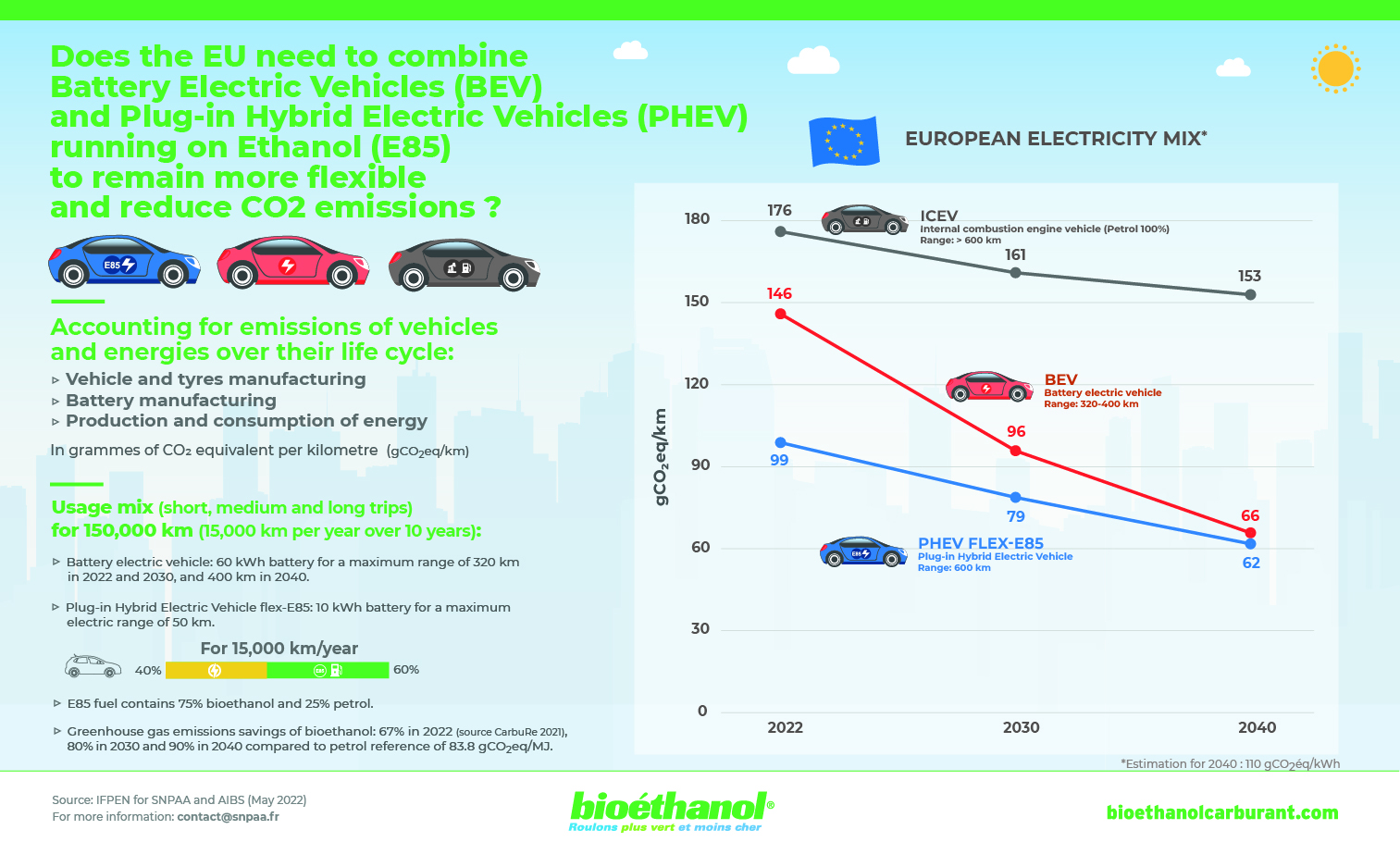 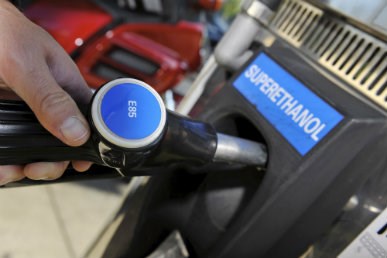