When will the EU ‘get real’ on biofuels?

The European Union is now talking up its vision for a long-term strategy for decarbonization, with the goal being a climate-neutral EU economy by 2050. The European Commission, Parliament and Member States have all weighed in to one extent or another. Nearly everyone agrees on the urgency of fighting climate change, and especially of reducing carbon dioxide emissions from transport.

Unfortunately, EU policymakers apparently still are not yet ready to confront the reality of what it will take to achieve that goal. This is especially true when it comes to biofuels. And the EU consistently downplays one of the best tools it has already for an energy transition: low-carbon liquid fuels like renewable EU ethanol. This is especially troubling at a time when the EU is actually backsliding on transport decarbonization, and when other countries are showing more enthusiasm for bioenergy as a climate solution.

The simple fact is the EU will need sustainable, low-carbon fuels if it wants to make real progress toward a zero-carbon future. As the International Energy Agency and the International Renewable Energy Agency have recently highlighted, a massive upscaling in the use of sustainable biofuels is essential to meeting the goals of the Paris Agreement.

If one reads the fine print in the European Commission’s strategy, it becomes clear that some officials want to restrict the definition of sustainable biofuels to second-generation technology. This is despite the clear message from the adoption of the EU’s Renewable Energy Directive for 2020 to 2030—known as Renewable Energy Directive II—that first-generation, crop-based biofuels that do not cause deforestation are still important.

In fact, under all the scenarios for decarbonization in the Commission’s strategy, Europe will need a massive increase in both first- and second-generation biofuels in order to make any real impact. According to the Commission’s reports, the EU still has a long way to go to reduce its reliance on fossil fuels. More than 94 percent of European transport energy is still provided by fossil fuel—only a slight decrease from the 95.8 percent in 2009 when the first RED was adopted.

Across the EU, renewable energy accounted for just 7.6 percent of the transport energy mix as of 2017, and that number would actually be only 5.5 percent if it weren’t for the use of multipliers, which artificially inflate the accounted quantities of certain energy sources.

At the current pace, reaching the RED target of 10 percent renewable energy in transport will be challenging to say the least. At the Member State level, only two countries, Finland and Sweden, have achieved their targets. Most of the renewable energy share in transport increase since 2009 is coming from artificial quantities of renewable energy, which exist only on paper. In reality, the quantities of renewables in the transport energy mix have increased at a very slow pace since 2009. Most of what was achieved in 2017 is the result of the important increase between 2004 and 2009, before the RED adoption.

Fortunately, the EU has a chance to do better, starting now, by using more crop-based biofuels such as European renewable ethanol. Even though their contribution remains limited at the EU level, crop-based biofuels are actually the main renewable energy contributor in the European transport sector. They work in today’s cars and infrastructure, and their GHG-reducing impact—more than 70 percent on average in the case of European ethanol—is immediate.

Cars with internal combustion engines will be a majority on Europe’s roads for decades to come. We need low-carbon liquid fuels—and governments willing to push higher ethanol blends like E10—to lower the emissions from those vehicles.

Only by using all the tools it has available can Europe achieve its long-term vision for emissions reduction. Instead of looking for ways to minimize the important contribution low-carbon liquid fuels like ethanol can make, EU policymakers should: recognize that low-carbon fuels must play an important role in decarbonizing transport; ensure investment security and predictability for sustainable biofuels; ensure the swift revision of the Energy Taxation Directive to make it a more efficient tool for environmental policy; reap the benefits of the bioeconomy, which is at the heart of the energy transition; and support the deployment of carbon-capture technologies.

To be sure, all the talk about fighting climate change in the future is important, not just in EU institutions, but out on the streets and around the world. But it is up to policymakers to be bolder when it comes to recognizing and making the most of solutions that exist right now.

The article was initially published in Ethanol Producer Magazine 2019 (May issue). 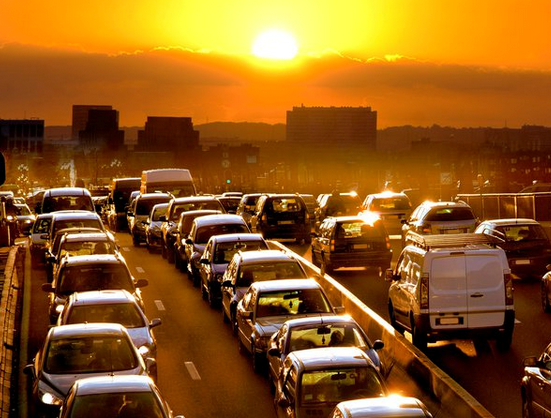