BRUSSELS, 15 June 2022 – Production and use of renewable ethanol from ePURE members reduced greenhouse-gas emissions by an average of 76.9% compared to fossil fuels in 2021, according to newly certified data. It was the tenth consecutive year in which EU renewable ethanol increased its GHG-reduction score.

The record-breaking figure comes at a crucial moment for EU energy and climate legislation as policymakers determine what role sustainable biofuels such as renewable ethanol can play in the drive to carbon-neutrality.

“The new data once again confirm what we have known for years: that renewable ethanol is the most cost-effective GHG-abatement solution the EU has,” said David Carpintero, Director General of ePURE, the European renewable ethanol association.

“With Europeans continuing to buy and drive cars that run on liquid fuel, there is more than ever a need for a sustainable, renewable, socially inclusive solution. Phasing out sustainable biofuels such as renewable ethanol – as some policymakers want to do – doesn’t just go against common sense, it also opens the door for more reliance on fossil fuel. Nobody wants that.”

The new statistics also back up the findings of research from studio Gear Up comparing the full-life-cycle emissions of renewable fuel blends with hybrid and battery electric vehicles showing that renewable ethanol is EU’s most cost-effective solution for reducing car emissions.

ePURE’s membership includes 21 producing companies with around 50 refineries across the EU and UK, accounting for about 85% of EU renewable ethanol production. 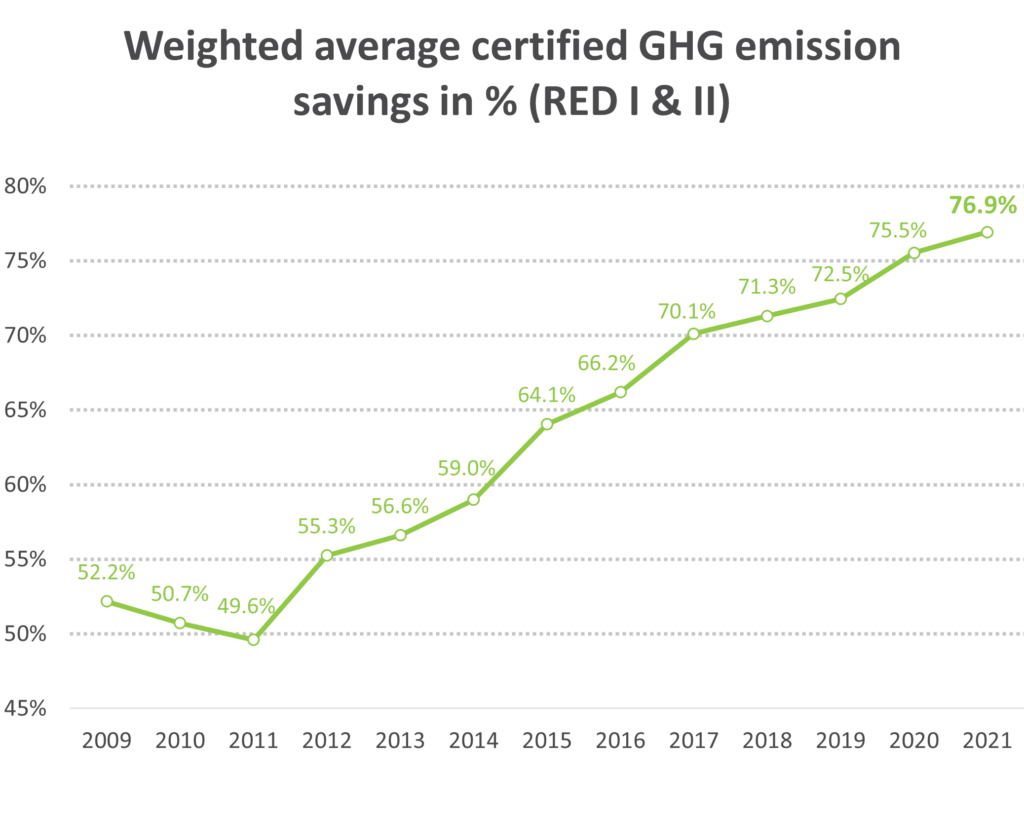