European ethanol is ready to drive the EU Green Deal

BRUSSELS, 11 December 2019 – The EU’s new “Green Deal” demands a greater role for sustainable, low-carbon liquid fuels such as renewable European ethanol in order to meet ambitious new decarbonisation and air quality goals. As the European Commission unveils legislation in the coming months aimed at moving the EU toward climate-neutrality, it needs to focus on solutions that deliver results right now as well as in the future.

“Everyone acknowledges that transport emissions present the toughest challenge to the success of the Green Deal in both the short- and long-term,” said Emmanuel Desplechin, Secretary General of ePURE, the European renewable ethanol association. “But there is a way to start making a difference today: by further empowering EU Member States to use tools already making a difference, such as ethanol produced sustainably from crops and agricultural wastes and residues. The Green Deal is the EU’s chance to re-think some of the ways it has encouraged renewable energy uptake in recent years and make them work even harder for decarbonisation.”

To achieve the Green Deal’s sustainable transport goals, the EU should:

“To get to climate neutrality by 2050, the EU first needs to achieve its 2020 targets and the more ambitious 2030 goals, and ethanol has an important role to play,” Desplechin said. “European ethanol has repeatedly proven its sustainability credentials and effectiveness at greenhouse-gas reduction. Ethanol produced by ePURE members reduces GHG emissions by more than 71% on average over fossil petrol, and its performance keeps getting better every year.”

Europe’s ethanol refineries are also part of a growing bioeconomy and circular economy, producing GMO-free, high-protein animal feed that offsets the EU’s protein deficit, and in many cases capturing CO2. 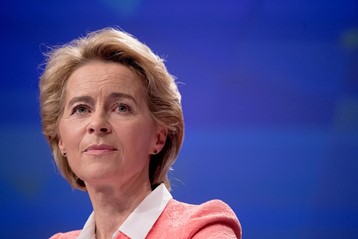