Joint statement from EU biofuels, food and feed chain partners – from harvesting to transformation for food, feed and energy uses – after the ITRE vote to preserve a key role for crop-based biofuels

The European Parliament has taken a positive step on EU renewable energy policy as ITRE Committee members voted decisively in favour of increasing the ambition for GHG emissions reduction in transport while leaving Member States free to use crop-based biofuels in their transport energy mix. 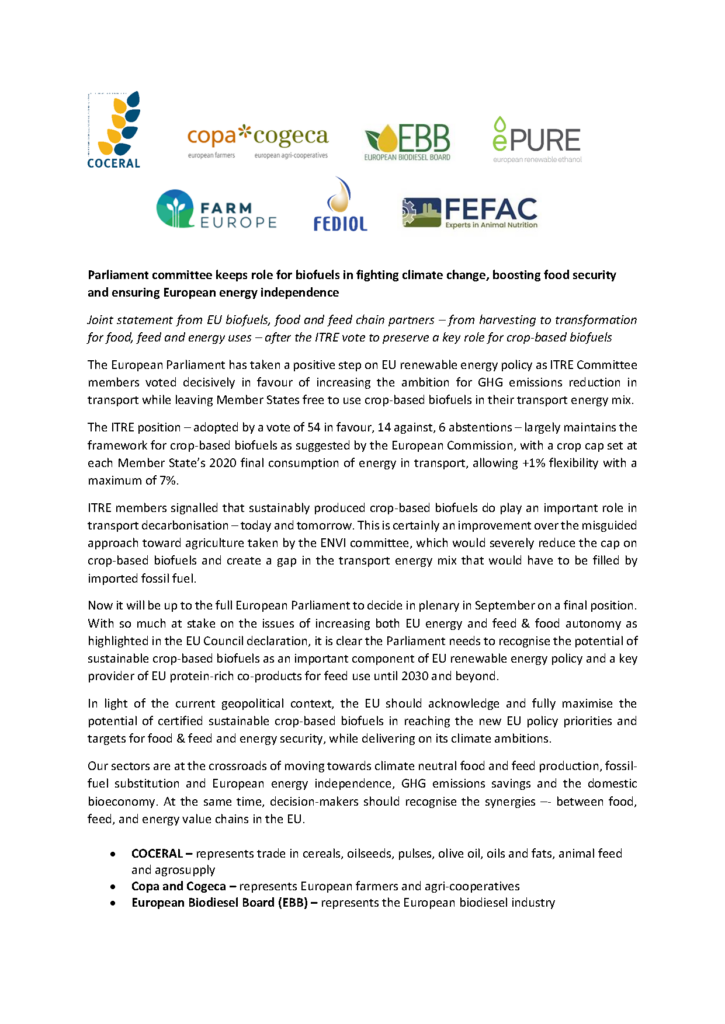 The ITRE position – adopted by a vote of 54 in favour, 14 against, 6 abstentions – largely maintains the framework for crop-based biofuels as suggested by the European Commission, with a crop cap set at each Member State’s 2020 final consumption of energy in transport, allowing +1% flexibility with a maximum of 7%.

ITRE members signalled that sustainably produced crop-based biofuels do play an important role in transport decarbonisation – today and tomorrow. This is certainly an improvement over the misguided approach toward agriculture taken by the ENVI committee, which would severely reduce the cap on crop-based biofuels and create a gap in the transport energy mix that would have to be filled by imported fossil fuel.

Now it will be up to the full European Parliament to decide in plenary in September on a final position. With so much at stake on the issues of increasing both EU energy and feed & food autonomy as highlighted in the EU Council declaration, it is clear the Parliament needs to recognise the potential of sustainable crop-based biofuels as an important component of EU renewable energy policy and a key provider of EU protein-rich co-products for feed use until 2030 and beyond.

In light of the current geopolitical context, the EU should acknowledge and fully maximise the potential of certified sustainable crop-based biofuels in reaching the new EU policy priorities and targets for food & feed and energy security, while delivering on its climate ambitions.

Our sectors are at the crossroads of moving towards climate neutral food and feed production, fossil-fuel substitution and European energy independence, GHG emissions savings and the domestic bioeconomy. At the same time, decision-makers should recognise the synergies –- between food, feed, and energy value chains in the EU. 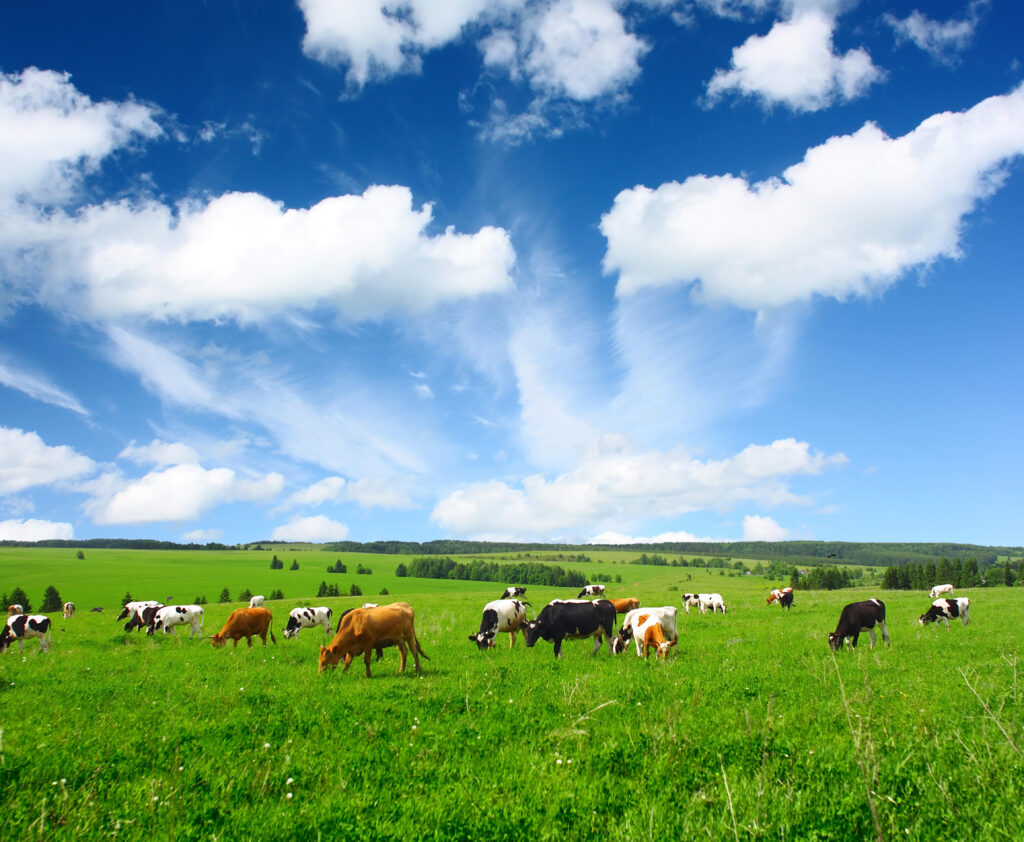