BRUSSELS, 1 September 2022 – Plug-in flex-fuel hybrid vehicles running on E85 fuel with up to 85% renewable ethanol are just as climate-friendly as electric vehicles, according to a new study.

Research carried out by consultants at IFPEN – a French public research, innovation and training organization in the fields of energy, transport and the environment – measured and compared the greenhouse-gas emissions of vehicles powered solely by petrol, plug-in flex-fuel hybrids running on E85 and all-electric cars, on the basis of a full life cycle analysis. This method factors in all GHG emissions in connection with the vehicle and its battery (from manufacture to recycling) as well as the energy used (production, refinery, transport, distribution and combustion). The findings were applied to French and European electric power mixes.

This comparison, applying to 2022 with projections for 2040, shows that plug-in flex-fuel hybrids running on E85 operating 40% of distance travelled as an electric vehicle are at least as climate-friendly as all-electric vehicles, with the French electric power mix which is already low-carbon, and even more with the average European mix, which has a higher carbon footprint.

The findings are important as the EU begins three-way negotiations (‘trilogue’) between the EU Parliament, European Council and European Commission on CO2 standards for cars, and consider what the European car fleet will look like as from 2035.

While maintaining the goal of net zero emissions from new cars by 2035, the agreement put forward by the European Council, representing member states, still allows for two alternative solutions: continuing to use fuel provided that it is fully carbon-neutral and authorising plug-in hybrid vehicles, the role of which could be reassessed in 2026, depending on progress made by electric vehicles. These proposals are up for debate during the 3-way negotiations.

The research findings on the performance of hybrids running on ethanol blends make it clear that:

Why bioethanol is a lasting solution to achieve zero carbon emissions from cars:

1. Plug-in hybrids running on E85 put in just as good a performance as electric cars in terms of achieving carbon neutrality… provided that the analysis includes emissions over their entire life cycle

A report published by IFPEN has shown that as of today and in 2040, “compact” plug-in hybrid vehicles running on E85 are just as climate-friendly as all-electric vehicles with a long range. This applies even with the French power mix that’s already low-carbon, provided we measure emissions over the entire life cycle. It is even more applicable with the EU-wide power mix with its higher CO2 footprint.

2. Carbon-neutral E85 can be produced for plug-in hybrids

Renewable ethanol produced by ePURE members achieved an average 77% reduction in GHG emissions compared to fossil petrol in 2021. This GHG-saving performance has been improving steadily every year, tending towards carbon neutrality. Bioethanol reducing GHG emissions by over 100% compared to fossil fuels is already available on the French market (Source DGEC, CarbuRe 2020 and 2021). Moreover, Superethanol-E85, which contains an average of 75% bioethanol, can become 100% renewable by replacing the average share of 25% fossil fuel by other types of renewable fuel (such as synthetic fuel from renewable sources).

4. In France, 5 million plug-in hybrids could be running on E85 from local ethanol by 2040

Superethanol-E85 reached a 7% market share of fuel in France in June/July 2022 (as opposed to 4% in the year 2021). Available in 34% of service stations, it is now a practical, economical alternative for French motorists. Used in vehicles such as plug-in hybrids, it would be possible to have over 5 million flex-E85 hybrids by 2040, i.e. 15% to 20% of cars on the roads, running on ethanol produced from only 1% of French usable agricultural area (net of food and feed co-products).

Plug-in hybrids running on bioethanol are an effective solution to reduce the impact of vehicles on the climate and provide a better response to motorists’ needs. The Regulation on CO2 emissions from light vehicles must maintain their role.

Focus on the IFPEN study

IFPEN examined family vehicles (compact cars - segment C) used for both short commutes and longer journeys for weekend breaks and holidays. The study supposed that these plug-in hybrid vehicles operate 40% of the distance travelled as an electric vehicle and 60% as an internal combustion engine vehicle, as recommended by the European Commission. Since the battery is smaller, its initial carbon footprint is divided by four, thus offsetting most fuel emissions. The reduction in CO2eq emissions of ethanol compared to petrol is set to improve from 67% in 2022 to 90% by 2040. The carbon footprint of E85 containing an average of 75% bioethanol is dropping over time, as is that of the battery and the electricity in the French power mix, already far lower than across Europe as a whole. Half of the 25% share of fossil fuel in E85 will be replaced by other renewable components by 2040. Thus, the two solutions remain equivalent in 2040.
NB: to compare 2022 and 2040 over the same distance of 150,000km, multiply the 2022 figure by 0.6.

More information available on the website bioethanolcarburant.com (in French)

About the Collective du Bioethanol
The Collective du Bioethanol is represented by the French Inter-branch Beet and Sugar Association (AIBS) and the
French Agricultural Alcohol Producers Association (SNPAA). It aims to raise awareness of the bioethanol industry
among professionals and the general public. Up to 7.5% bioethanol (pure or as a derivative, with 5% pure ethanol
maximum) is currently incorporated in Unleaded 95 and Unleaded 98 petrol sold in France, while up to 10% is
incorporated in Unleaded 95-E10 and up to 85% in Superethanol-E85. For more information:
https://www.bioethanolfuel.com/ (in French only)

About ePURE – European Renewable Ethanol
ePURE represents the interests of European renewable ethanol producers to the EU institutions, industry stakeholders, the media, academia and the general public. Based in Brussels, ePURE speaks for 39 member companies and organisations owning around 50 plants across the EU and UK and accounting for about 85% of EU renewable ethanol production. The organisation was established in 2010, and promotes the beneficial uses of ethanol throughout Europe. 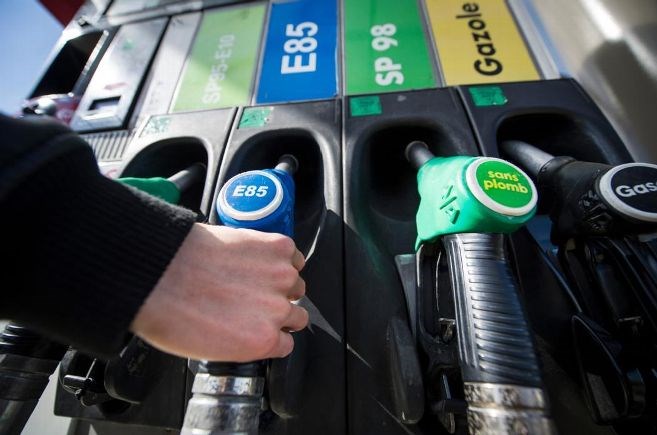