Fuel for thought: With petrol cars still popular, ethanol is essential to decarbonisation

The latest figures from ACEA, the European automobile manufacturers’ association, confirm that petrol-powered engines dominate the new-car market: 59.5% of new passenger cars in the third quarter of 2019, the most recent period for which figures are available. 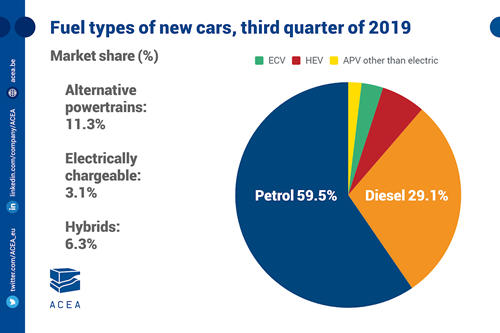 That share has been growing since 2015, when petrol cars represented 44% of new car sales. In terms of total cars on the road in Europe, ACEA figures show that petrol cars also make up more than half of the fleet: around 54%.

Meanwhile the need to decarbonise road transport is more urgent than ever. Road transport accounts for more than 22% of EU greenhouse gas emissions, with passenger cars representing almost 13% of the total. Reducing emissions from those cars as part of the EU Green Deal drive to climate-neutrality will require low-carbon liquid fuels such as renewable ethanol. Ethanol from ePURE members reduces greenhouse-gas emissions by more than 71% on average compared to fossil fuel, and it works in today’s cars and infrastructure.

In a new 10-point plan for achieving the EU Green Deal, ACEA points out a number of challenges to decarbonising road transport. One of these is that Europeans are keeping their cars for longer periods: the average age of cars on the road increased more than 50% over the last decade, to about 12 years in 2017. This is significant because, even as the market share of electric vehicles grows, the petrol cars people are buying today are likely to be on the road beyond 2030. The need to reduce their emissions cannot be minimised. 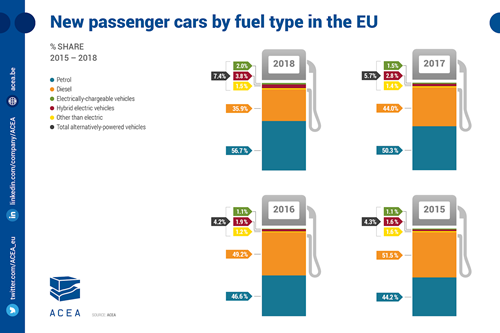 Achieving the Green Deal will require a joint effort from policymakers, fuel suppliers, renewable energy producers and automakers. The ACEA plan calls for a technology-neutral approach to decarbonisation – using a variety of solutions that work instead of mandating only one – and for policies that support a reduction in the GHG intensity of fuels, such as changes in fuel taxation and targets for renewable transport fuels.

Instead of capping the contribution that renewable low-carbon fuels such as ethanol can make, the EU can do a better job of unleashing their potential. That should include a wider distribution of E10 ethanol blend across the EU in the short term, and a rollout of higher ethanol blends such as E20 and E85 in 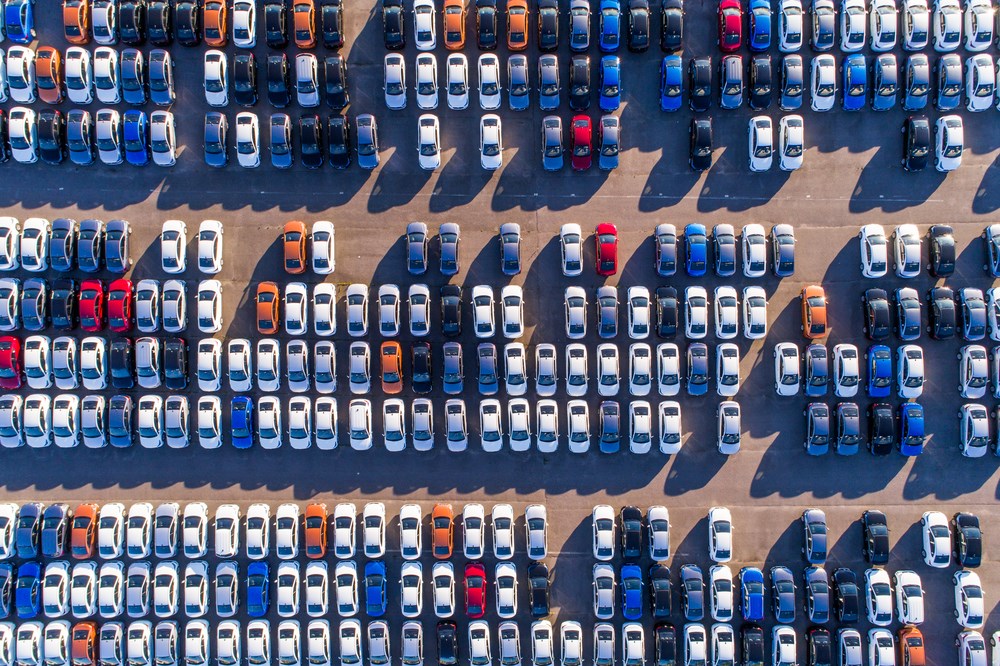