The EU’s new Farm-to-Fork Strategy aims to build a more sustainable European agriculture and food system. Importantly, it highlights the potential for a truly circular, bio-based economy in which advanced biorefineries produce bioenergy, protein feed for animals, sustainable fertilisers and bio-chemicals in “the transition to a climate-neutral European economy and the creation of new jobs in primary production.”

That’s a good start. But the Strategy should give more attention to the contribution already being made by European biorefineries in realising these sustainability goals – a contribution that could be increased with the right policy moves as the EU moves along the Green Deal timeline.

The biorefineries that produce renewable ethanol are working, real-life examples of the bioeconomy in action. European feedstock grown by EU farmers is used to make several important products: including not just renewable low-carbon fuel but also food, high-protein GMO-free animal feed, alcohol for use in hand sanitiser, and captured CO2 for beverage use.

Promoting this domestic biorefinery system would empower EU climate ambitions, improve food security and ensure a strategic supply chain. The COVID-19 crisis has underlined the importance of such network of local biorefineries, which in Europe were able to shift production rapidly to alcohol for use in hand sanitisers.

Crops cultivated for European ethanol use only a small percentage of EU utilised arable land, and renewable ethanol is produced almost entirely from European feedstock. Furthermore, by creating both fuel and feed, EU ethanol production offsets the need to import animal feed from countries where deforestation is actually happening.

EU renewable ethanol production is currently responsible for 50,000 direct and indirect jobs. Promoting it as part of Farm-to-Fork and the larger Green Deal is a win-win for Europe, putting farmers and rural communities to work for Europe’s long-term environment, energy and food security. 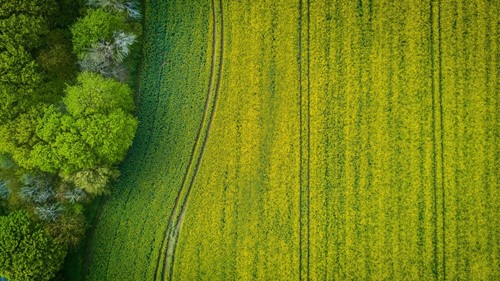